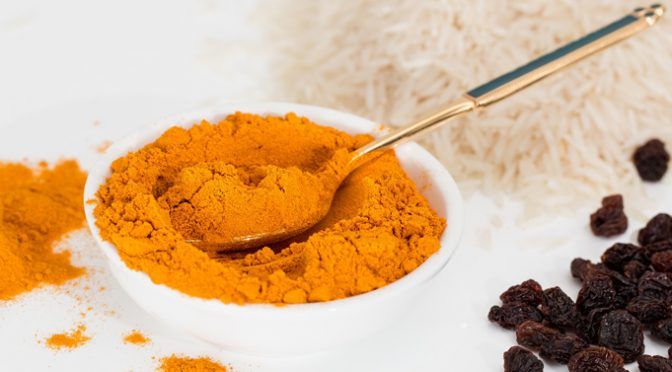 Used in most Indian curries, turmeric has almost no calories (1 tablespoon = 24 calories) and zero cholesterol. This spice is used for nearly every health condition – right from smallpox to a sprained ankle, digestion, arthritis, immunity and even in cancer treatment. The reason for its health effects is the compound called curcumin. Just as oranges are rich in Vitamin C, turmeric is a source of curcumin. But before we tell you more about this compound, let’s understand the difference between these two.

Curcumin is a naturally occurring chemical compound found in turmeric. Turmeric, on the other hand, is the root of a plant known as Curcuma Longa and that’s probably where curcumin gets its name from. Curcumin belongs to a family of chemicals known as curcuminoid. Apparently, curcumin works on multiple functions and processes, so it can cure everything from pain and inflammation to tumors.

Curcumin helps in weight loss and reduces the incidence of obesity-related diseases. The inflammation associated with obesity is due in part to the presence of immune cells called macrophages in fat tissues. These cells produce cytokines [Ref] that can cause inflammation in the heart, and islets of the pancreas. The cells can also increase insulin resistance in muscle and liver. Researchers believe that turmeric suppresses the number and activity of these cells, and help reduce some of the adverse consequences of obesity [Ref].

Side Effects of Turmeric

There are no side effects. People with turmeric sensitivity can have mild stomach upset or diarrhea. Pregnant women can also use it, but with some caution. This apart, if you’re suffering from gallbladder problems and acidity, avoid it, as it can worsen your condition. It can slow down blood clotting and might cause extra bleeding during and after surgery. Know about its health benefits.
Doctors suggest that taking even 1 tablespoon a day is safe. However, you can start off with maybe 1/4th tablespoon and then increase the dosage.